Every time I made wonton soup, I always wrap extra wonton for lunch or the next dinner. It is so easy to have wonton ready, just heat up the soup and we have a delicious bowl of wonton noodle soup. To mix thing up, I decided to try out a new thing which I never made before. I had some leftover General Tso chicken sauce in the fridge so I thought it would be good with the fried wonton. I replaced the fried chicken with the fried wonton. I knew that it was going to be good and my instinct was right. It was such a delicious way to eat wonton.

Wonton Filling: mixing all of the ingredients together then chill in the refrigerator until it ready to be wraped. This is the recipe for what I like, please feel free to adjust it, based on your taste 🙂 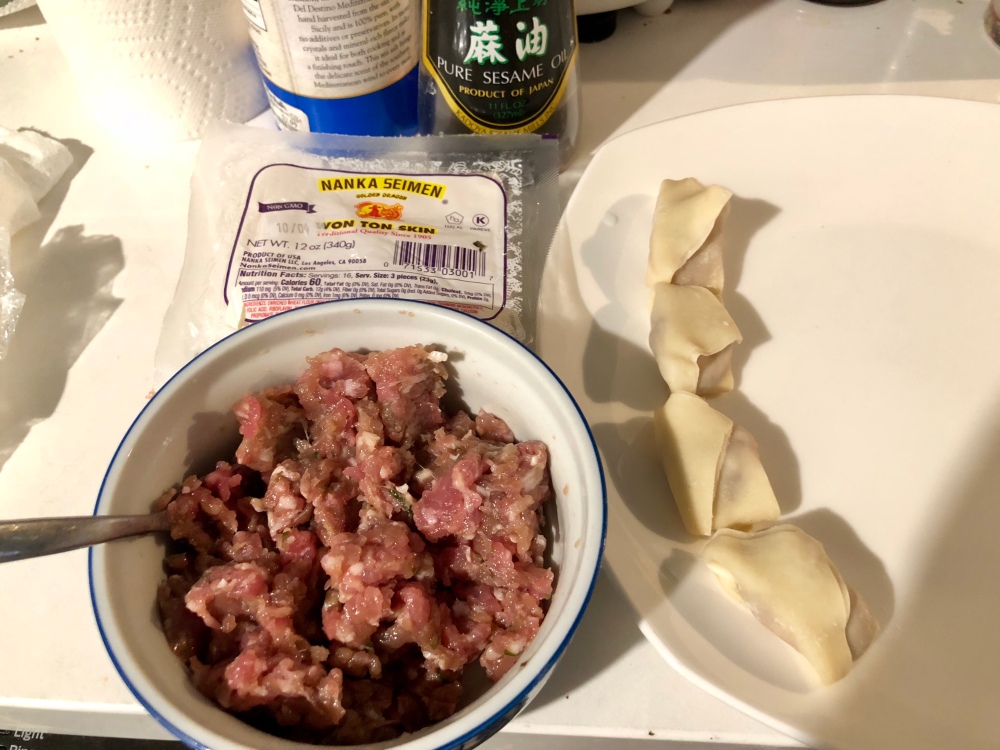 Wonton wrap instruction can be found in this post. You can wrap it whichever way you like. 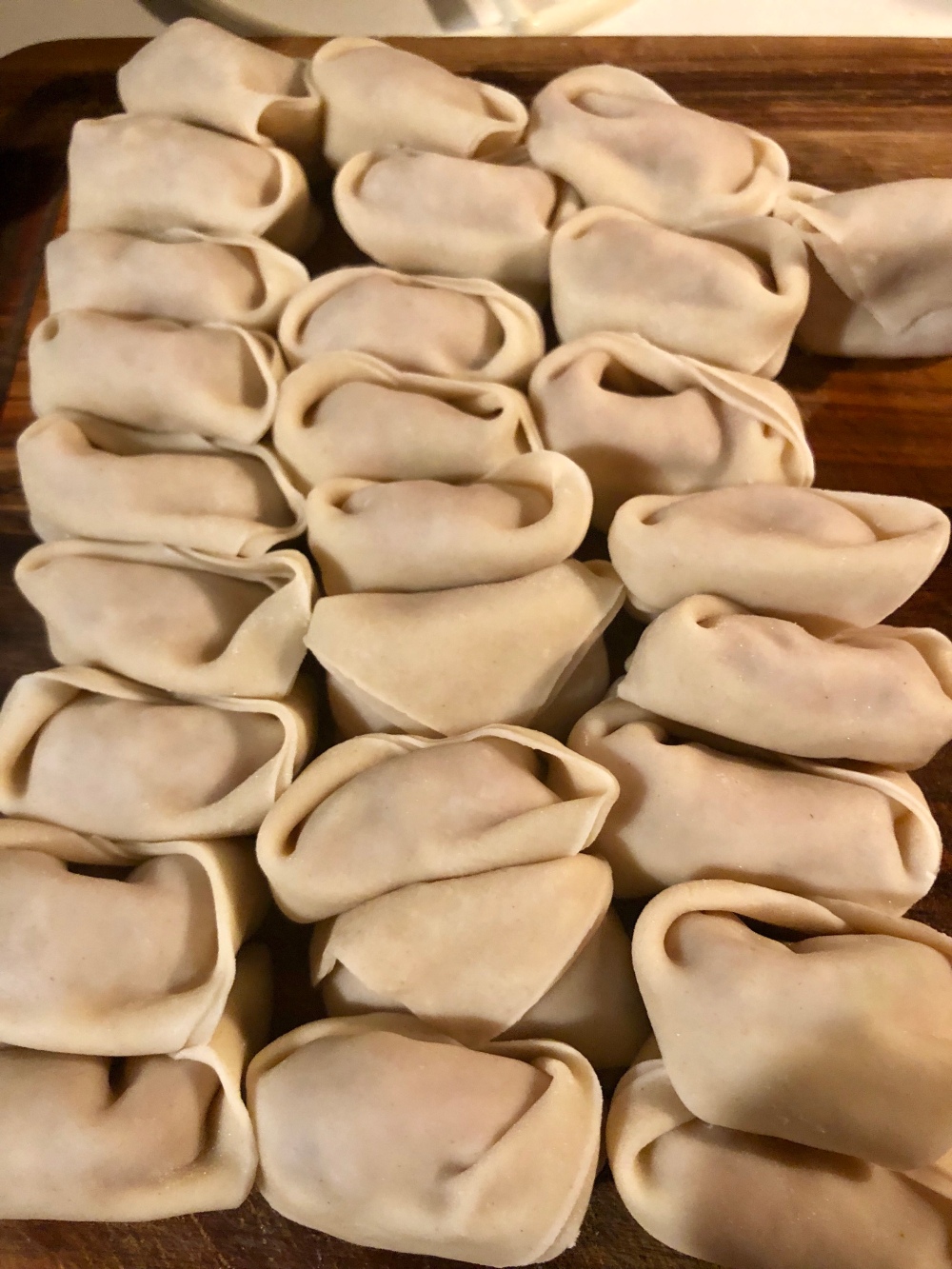 Heat oil in the skillet, enough to cover the wonton, more oil will help fried wonton crispy. When the oil is hot enough (testing with a chopstick or a thermometer), carefully put the wontons into the hot oil, try not to break them. Fry them until they are golden brown.

Preparing the sauce while the wonton is frying. The sauce was ready to use as instruction but we love to have extra garlic and pepper so I heated up a little bit of oil, just enough to toast some garlic and fried pepper, in the skillet, then pour in the sauce. The amount of sauce needs to be enough to coast the wontons but not too much to make them soggy. After the sauce starts to bubble, it is hot enough. Dry up the oil from the fried wonton with some paper towels and toss them into the sauce. Serve them over a bed of lettuces or boil bok choy. 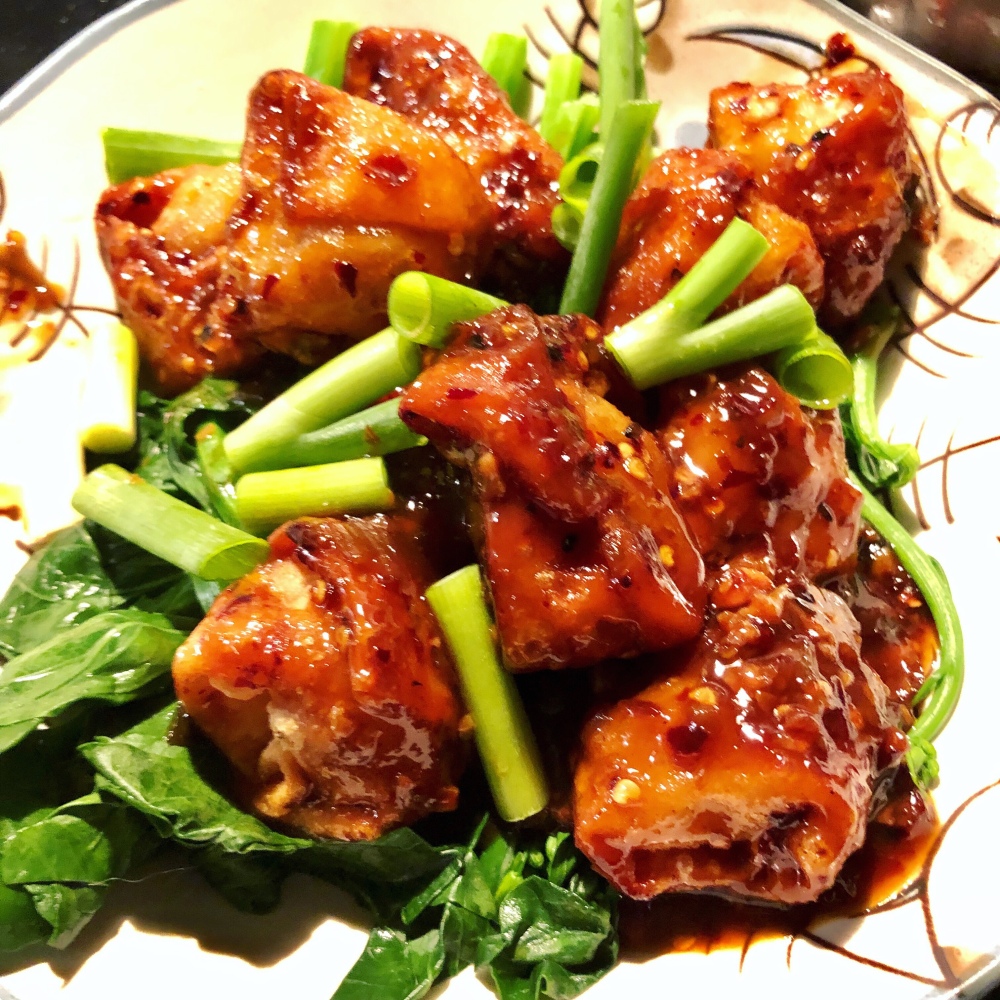